One alternative to pesticide-based control of important fruit fly (Tephritidae) species is the sterile insect technique (SIT). SIT is based on mass releases of sterile males (subjected to radiation) to control a given pest population. For several important species such as Rhagoletis pomonella, Bractocera oleae and Anastrepha fraterculus, a technical challenge is to differentiate males from females in the pupal stage. Although for some species sterile females are released in the field, it is not desirable to release females from Anastrepha spp. as puncture damage may occur. Therefore, we investigated hyperspectral and RGB imaging to classify the sex in A. fraterculus pupae. We aimed to discriminate, through the description of RGB spectra and hyperespectral profiles, males and females in different stages of pupal development. Images of pupae of different degree-day (DD) development times were obtained. The hyperspectral profiles pupae of 288, 345 and 403 DD showed differences, indicating that pupal hue is altered throughout the development. In the NIR spectrum (800 to 1,700 nm), a higher reflectance between 1,100 and 1,400 nm was observed. In these bands differences in the spatial standard deviation of reflectance between males and females occur. As for the RGB images we observed differences in radiometric variation angle from the top to the basal part of the pupae. For females the radiometric variation angle was greater (26°) than for the males (15°). Thus, it is possible to determine discriminatory characteristics using the spectral profiles, imaging techniques and data analysis to discriminate the sexes. 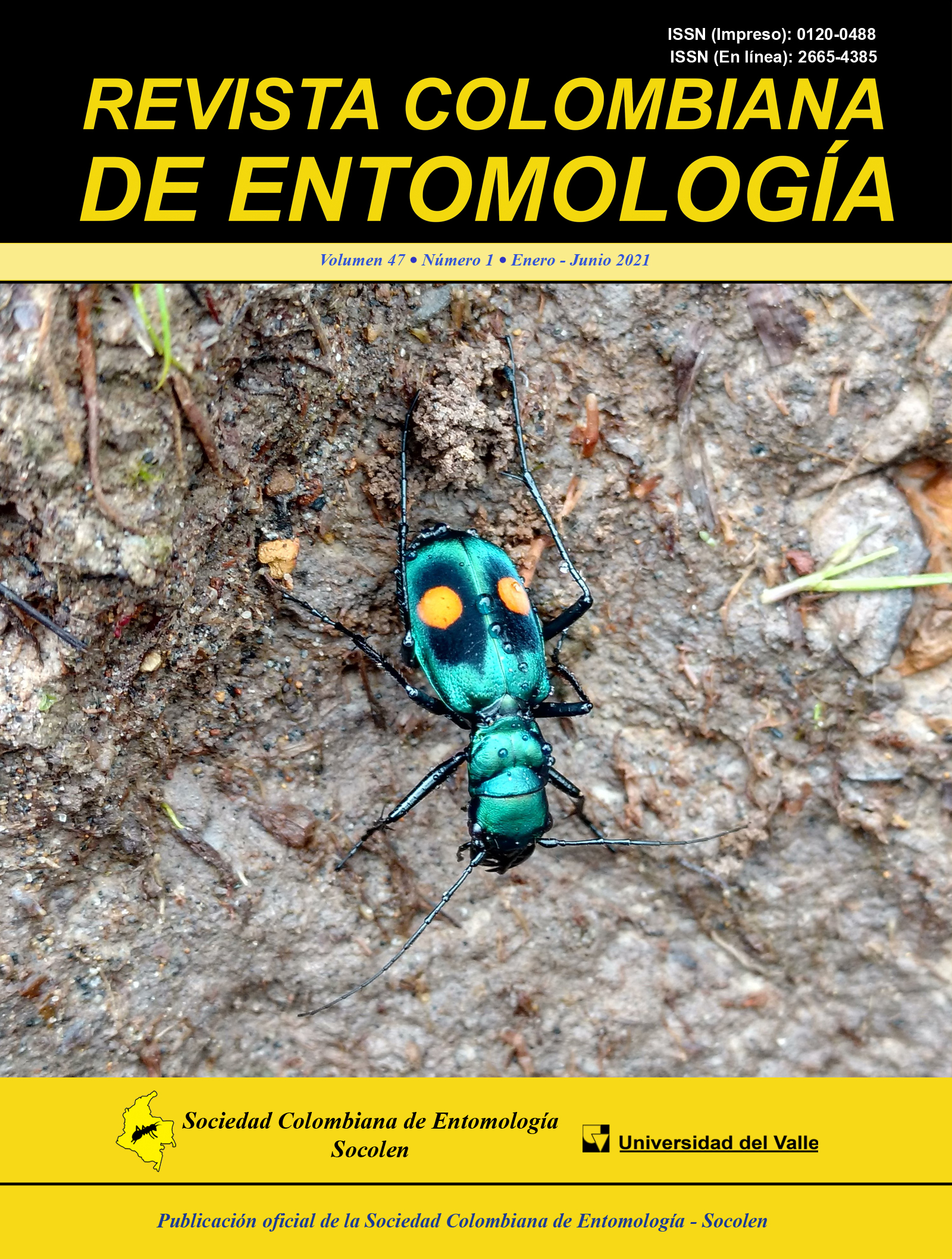